Pathwaves is an initiative that was founded in 2019 to support the development of female and non-binary producers and engineers. Jane Arnison, our Music Production Course Leader here at BIMM Institute Berlin, created Pathwaves after recognising that something needed to happen to try and disrupt the status quo.

Jane recognised that there were a few quality initiatives that supported encouraging female and non-binary producers and engineers to develop their skills. However, nothing really focused at the higher end of professional development. Nothing tried to change the actual figures of people who are making money and being able to call themselves professional.

We caught up with Jane to find out more about the new initiative which took place last week; the way female and non-binary people are represented in production, engineering and mixing in the current climate; and plans for the future.

How did you come up with the concept for Pathwaves?

The concept for Pathwaves was about me looking at how I would have loved to have had support and opportunities. I also looked at the barriers I felt in being able to forge a path as a professional engineer and producer when I was developing.

My solution was to create curated events to upskill talented creators and encourage and develop networks linking producers with creatives and business in the industry. These events help people to create content to raise the profile of talented female producers and engineers while raising the general visibility and draw attention to the gender imbalance. I can sum this up as three pillars of Pathwaves: Skills, Networks and Visibility.

How do you feel female and non-binary people are represented in production, engineering and mixing in the current climate?

To be blunt, we are poorly represented. The latest billboard figures show that female and non-binary producers make up only about 2% of the total. So, it means that we are not actually represented at all – and when we are represented, it is largely seen as an isolated or special case.

I would also rush to say that I’m not advocating for segregated work situations!

Can you tell us about the Pathwaves camp?

Basically, the format is that we have a week-long camp, where we pair engineers, producers and songwriters. We give them a challenge to not only write a song together but to professionally produce and mix it to a release-ready standard. During this week, we also have Masterclasses, workshops and such to support their development.

Each day has a theme or focus: Recording, Production and Mixing. We also have mentors there to guide the groups through the sometimes challenging process to make sure they come out with high-quality results, and that they push through challenges and limitations.

“The last week has increased my confidence that I’m absolutely in the right field and that I made the right choices changing my profession to follow my passion.

Meeting so many great people who work in this field, being with all of you, and attending the great Masterclasses and workshops, gave me confidence to just keep going to find my path and believing in it. I am super happy, thrilled, excited and way beyond grateful for that.” How did the workshops go at camp? What were your highlights?

The workshops were amazing! The whole week was amazing.

We did have some significant challenges with Covid, and the really unlucky timing that the second lockdown fell on day one of our event. The sane choice might have been to postpone it, but we really felt that it was important to persevere, and we are really thrilled that we managed to do so. I also became a streaming expert!

I think that the proof of the event is in the lasting connections that are made through Pathwaves, and most, if not all of our participants, have continued to work together on their projects beyond our event. That’s what it is all about.

Who are your favourite producers at the moment?

Some of my favourite producers and engineers include Ebonie Smith, Marta Salogni, Catherine Marks, TraxGirl and Laurel Halo.

What do you see in the future for Pathwaves? Will you be doing these events regularly?

I think for any systemic change to happen there needs to be a commitment to invest in these types of things for a long, or at least medium, term. So, I’m personally committed to continuing to grow this initiative for some time. Certainly, the interest in it has been overwhelming! We know that we have hit on something that is needed and that adds real value.

At this stage, we do one camp a year in Berlin. Pre-pandemic, there were quite some plans to spread this initiative throughout Europe, and even into other parts of the world, and I hope that this is something that can be picked up in the future.

I am also toying with the idea of building a permanent studio in Berlin, modelled after the legendary Women’s Audio Mission in the US that is devoted to training and resources for developing female and non-binary producers and engineers.

What else are you working on at the moment?

I do juggle quite a few hats at the moment. I figure that one should take opportunities as they come. So, between my teaching responsibilities at BIMM, Pathwaves, my work as a Product Specialist for Adam Audio, and other freelance and specialist mentoring projects that I’m engaged with, I’m keeping myself busy.

But, as fundamentally I’m a creative, it is really important for me to keep working on music and producing. That’s why I currently have four open projects that I am working on. Most of them are at the mixing phase at the moment, so I’m looking forward to some music being released from these projects in 2021! 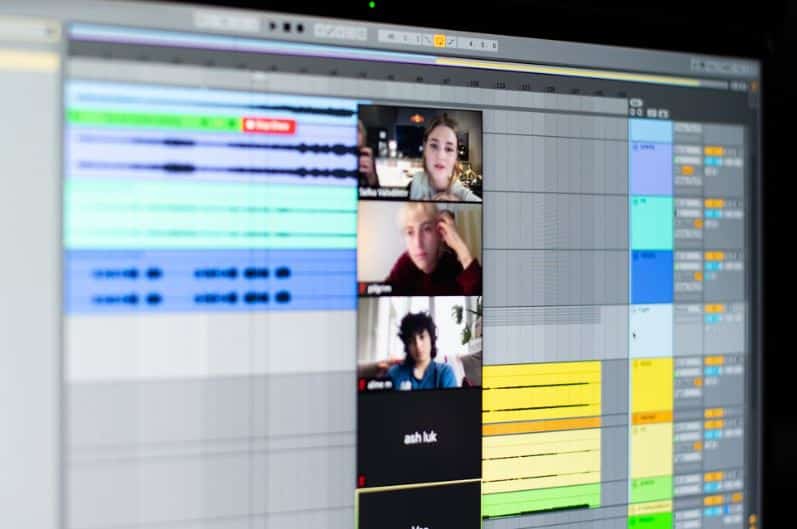 Behind the Scenes at Pathwaves Camp

BIMM Berlin Songwriting student Anna Mohini took part in this year’s event and captured her highlights on Instagram – head over to our highlight reels to see more.

If you’re interested in studying at BIMM Institute Berlin, book to attend one of our Open Days. Alternatively, you can contact our Admissions Team on +49 30  311 99 186 or by email at [email protected].